Designer: Andre Quenneville
[See All Courses From this Designer] 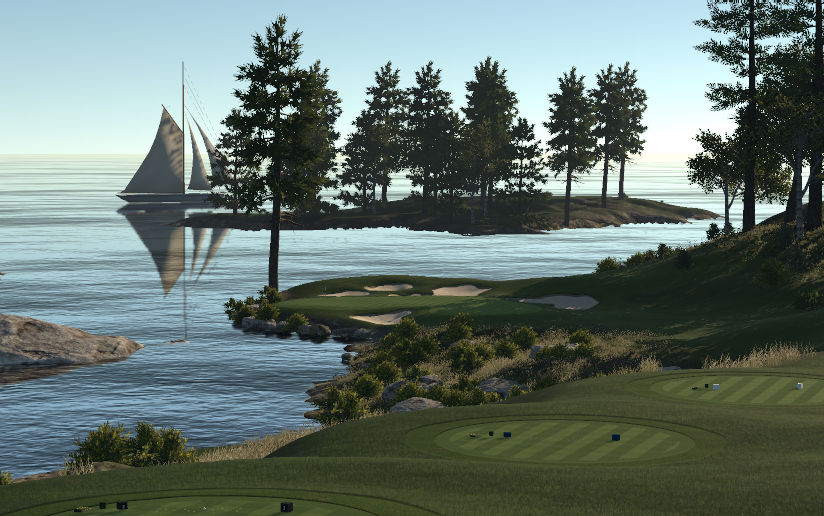 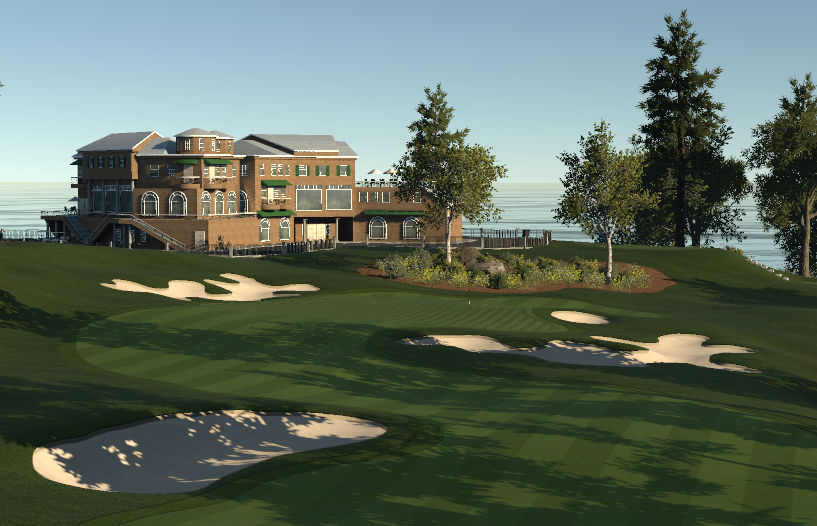 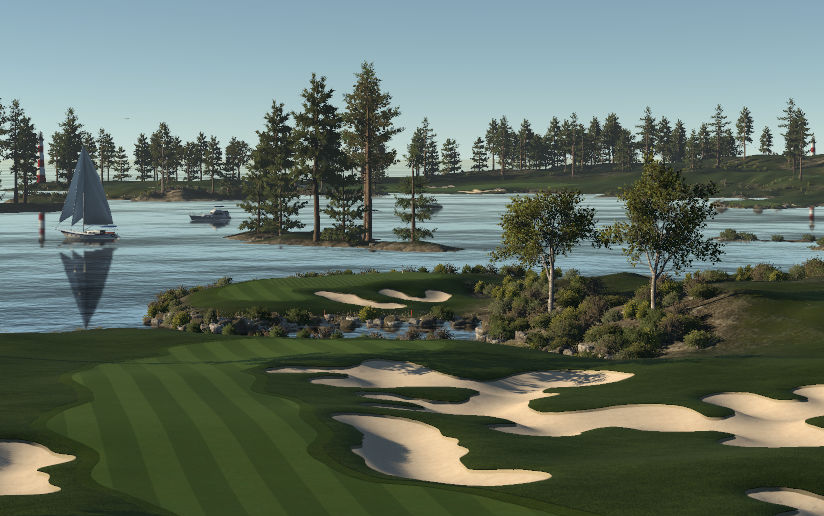 A quick detour off the Pacific Coast Highway will land yourself at Humboldt Bay Golf Club, a par 72, 7287 yard (fictional) track just a few minutes northwest of Eureka, California. Humboldt Bay features a unique mix of coastal and inland holes that are surrounded by the beautiful Pacific Ocean, as well as the mighty coniferous trees that populate the area and of course...my usual dastardly greens. If you are ready for a one of a kind golf experience, pack up your clubs and come on out to Humboldt Bay!

Other Courses by Andre Quenneville

This one starts with a bang, with the first hole immediately heading for the coastline, followed by another coastal hole at the second. The third hole then turns in-land. It's kind of like a less sand dune-y version of Spyglass Hill. But whereas Spyglass is limited by the plot of land that it occupies and never returns to the coastline, Humboldt Bay does not feature such restrictions and returns as often as it would like. The result is one of the best looking courses in the game.
This is another course that is designed to be tough and test the best in the game. As such, it's always hard to accomplish the creation of a difficult and yet enjoyable course to play. This one doesn't do it the best, but it does do it "better than most", a la Tiger Woods at Sawgrass.
The fairways are quite narrow here, but really it's the greens that provide most challenge. They are fast at 183, and feature some of the sharpest breaks that you can get without seeing yellow and red grid lines. The pins are also carefully placed in sections of the green that must be held, or the ball will be carried away to a different section.
There is a lot of visual intimidation to this course, and while it does play quite hard, I think it actually looks harder than it plays. That might be easier for me to say after holing out twice for eagle in one round, though, so take that statement with a grain of salt.
Reviewed by: Craig LeVasseur on 3/14/2016